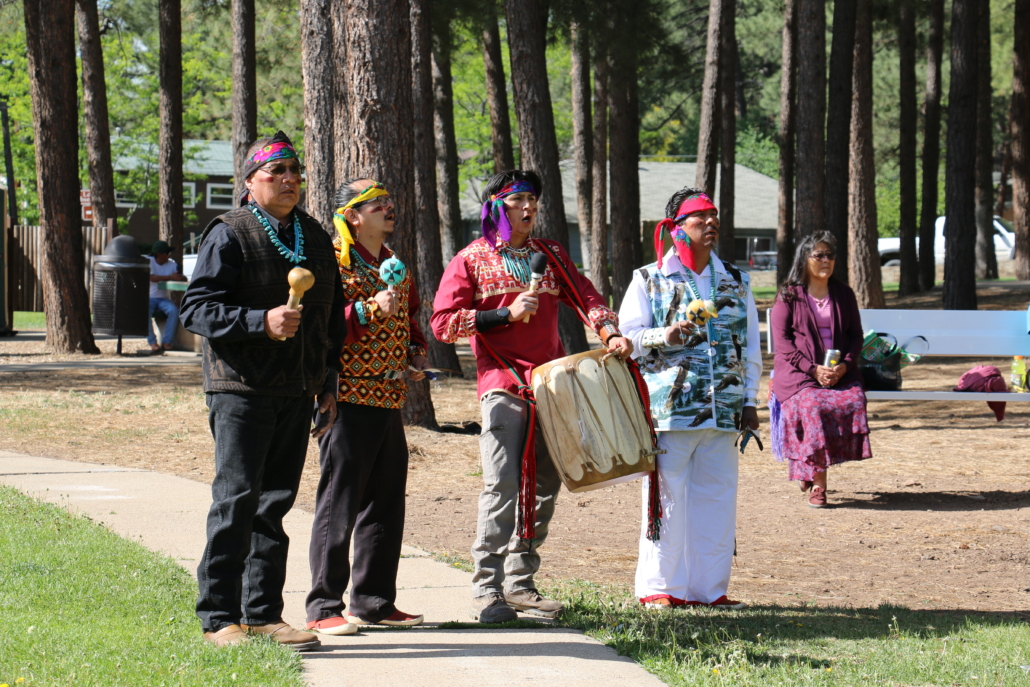 Since 1991 NACA has offered a variety of health and human services to urban Native Americans, low-income, and other at-risk families, as well as those who suffer from health and socio-economic disparities at rates disproportionate to the general population.

The mission of Native Americans for Community Action Inc. is to provide preventive wellness strategies and empower and advocate for Native peoples and others in need, in order to create a healthy community based on Harmony, Respect, and Indigenous Values.

Origins stemmed from concerns in the late 1960s prompting the idea for a place for visiting Native Americans to eat, rest, visit, and receive various health services.

Native Americans for Community Action opened on the site of the current Wheeler Park, as the first volunteer run location.

NACA expanded their space as well as the Adult Education Program to incorporate more services, programs and community resources.

NACA was designated as the 1st federal Urban Indian Health Center in Northern Arizona on May 13th.

The NACA team was staffed by over 50 individuals, with over 70% representing Indigenous cultures, (reported in 2012) and programs included:

NACA celebrates 50 years of service in the Flagstaff and Coconino County communities providing programs and services including:

NACA’s original logo is constructed through much symbolism and reflects the importance of Indigenous culture and experience.

Mr. Harold Joseph, Jr. , M.B.A, prior Executive Director of Native Americans for Community Actions  explains the background and imagery involved in the creation of the original NACA logo:

“I was the Executive Director of NACA and among the first of who were hired when NACA was incorporated in 1971. At the time felt I felt very strongly that the organization was ready to proceed forward and will need an Organizational Logo to better indicate its purpose and mission to the public and funding agencies.  Doris Honanie was our executive secretary at the time, and Franklin was a NACA board member and a good friend and an Artist.

With this relationship I requested Franklin to develop a design a logo for us.  When Franklin came back with the design he had drawn the image as a pretty realistic logo representing the San Francisco Peaks  Deer and Eagle on the side of the San Francisco Peaks.  I really liked the design which was very artistic work, but I was looking more for something that was more sacred and symbolic of its future of what I thought NACA represented to me so I hand drew the symbol that I thought was symbolic of this.  Franklin was with me in my office when I drew the logo sharing with him what these symbols represented.

The circle that encloses the NACA Lettering and the Arrowheads represents the Universe.   Once this was designed I had our Executive Secretary Doris take this symbol to the local printer who placed the Symbol as our letterhead.  Doris picked the colors of our letterhead which was tan and the lettering and symbol dark brown which I think you still use today.”

In 2020 as NACA moved toward their 50th year of servicing the Northern Arizona community, the Board of Directors made the decision to create some improved branding and a new, fresh logo design to reflect the plans and dedication to another 50 years of service in Flagstaff.

Knowing the deep cultural roots and community awareness of this icon, this decision was not taken lightly. The Board of Director’s proceeded with as much NACA staff and local community input as possible including several community and staff meetings, a community-wide survey which eventually lead to a Nationwide request for proposals. Through this search – MABU (Marketing and Business Unlimited), an Indigenous-owned firm in South Dakota – was offered the project.

After several months of work, NACA is pleased to release our new brand design and logo design to the public:

The new logo is inspired by the same medicine wheel incorporation of the old logo, with the integration of a basket weave pattern reflecting Native American culture. The representation of a medical cross in the center brings attention to the fact that NACA is a healthcare organization first and foremost. The center split into four sections brings in the four directions/four elements also of Indigenous tradition.

The colors are pulled from the old logo and add a grounded earth-brown to the color scheme.

The text for the NACA name has been adapted to add three triangles in there to bring a graphical representation to the San Francisco Mountain Sacred Peaks which are extremely important to Native American culture in Northern Arizona.

NACA releases a Pride logo to acknowledge and celebrate our 2SLGBTQ relatives and the impacts they have made in our community.

The disruptions caused by colonization and disease, together with the efforts of missionaries, government agents, boarding schools, and white settlers resulted in the loss of many traditions in Native communities. Two-spirit roles, in particular, were singled out for condemnation, interference, and many times violence. As a result, two-spirit traditions and practices went underground or disappeared in many tribes.

Today, lesbian, gay, bisexual, and transgender native people throughout North America are reviving the two-spirit role and its traditions. National gatherings of two-spirit people have been held since the early 1990s, and regional gatherings are held in many parts of the country.

“We are small population – however it is precisely because our number are so small that our community should be declared a top priority – once we are gone – we are gone.”

“Anti-transgender bias and persistent structural and interpersonal acts of racism have been especially devastating for American Indian and Alaska Native transgender people, according to a 2012 report by the National Gay & Lesbian Task Force. . . . [We] aren’t attempting necessarily to convince the Native community that we exist—historically and presently—but that our history is just as much wrapped up in the story of Indian Country as is each other Native American’s.”

This institution is an equal opportunity provider and employer. Full Non-Discrimination Statement.